An autoencoder is a type of artificial neural network that learns efficient data codings, i.e. performs feature detection, in an unsupervised manner. It learns an encoding, or representation, for a set of data usually for the purposes of dimensionality reduction. In addition to the this reduction, the autoencoder has a reconstruction side, in which it generates from a reduced encoding a representation as similar as possible to the original to the original input.

Also, neural networks are well-known to be susceptible to overfitting due to no quantification of uncertainty, and thus they employ techniques such as L2 regularization (which from a Bayesian perspective is equivalent to inducing prior distributions on the weights). Neural network optimization in this case is akin to searching for maximum a posteriori estimators rather than MLE. Although this works well in practice, from a probabilistic perspective it only alleviates the overfitting issue but does not solve it. Hence, we have a motivation for Bayesian neural networks: to lend a probabilistic interpretation of the neural network with which we can perform posterior inference.

We can observe some generated images by the VAE. For much more, see the attached Full Paper.

I would like to extend this project to work with an infinite mixture of Gaussian distributions, in addition to the mixture of binomial distributions used for the MNIST data in the attached Full Paper. This would allow us to reperform similar experiments with the CIFAR-10 dataset, applying the variational autoencoder to natural images with diverse structure. 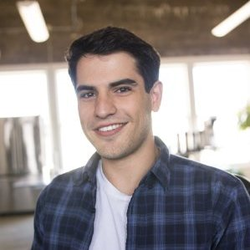 Statistics Ph.D. student with a specialization in natural language processing